Willow, who has been performing since the age of 5, is a passionate and disciplined artist who desires to share her gift of music and songwriting with the world.  She is a uniquely powerful singer with a deep and soulful style that is undeniably refreshing.  Her original songwriting is intuitive and creative with focus and clarity, allowing her words to flow freely from paper through her instrument…her voice.

Willow began songwriting with Carly Robyn Green during the COVID pandemic and is now a protégé of the Ultimate Vocal Music Summit under the mentorship of Music Producer Dawn Elder where she trains vocally with Dawn Elder, Natascha Corrigan and occasionally with jazz phenom, Lynne Fiddmont who graciously sang background vocals on Willow’s rendition of Note To God. Additionally, she continues to train vocally with her first vocal coach, Lisa Grace, in Anacortes. WA.

When Willow is not singing, she is performing as an actor whether it be musicals or performing her character role as Carrie Bella Smartly in the award winning comedic sitcom, The Smartlys, to the upcoming release of the faith based feature film, Youthquake.  She looks at the COVID pandemic as a blessing in disguise as she met her beloved New York acting coaches online:  Rance Wright, Joe Barros, Alison Franck, and John O’Neil.

Willow is an artist who is very much in the zone, an up and coming singer/songwriter who will blow you away, captivating the listener with her indelible music. 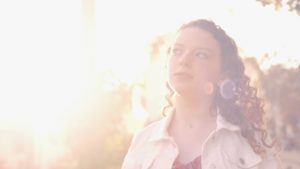